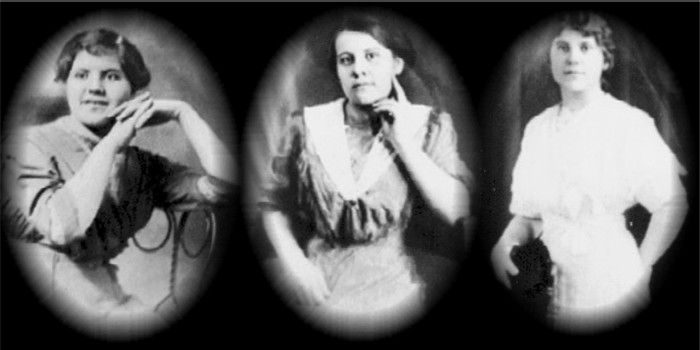 Josephine Polivka recalled the morning when she and her sisters, Mae and Anna, prepared to leave for the Western Electric picnic and excursion. "We were all dressed in white for the parade. On our way downtown we stopped to call for our three neighbor friends, the Zastera sisters [Antoine, Julie, and Marie]. Their mother said, 'You girls are late, my daughters left a long time ago.'"

The Polivkas boarded the Eastland and went to the lower deck but had to go back up because it was so crowded. They were on the upper deck when the boat capsized. Josephine’s sister screamed and told her to hold on. People were grabbing at them from below, but somehow they were pulled up onto the side of the ship.

Later, they were taken home by a cab driver. Once at home, the Polivkas learned that the Zastera family had lost all three of their daughters -- Antoine, Julie, and Marie. Josephine recalled, “It was a terrible time. So many people from our neighborhood worked at Western Electric. There was a memorial wreath on nearly every door.”

Having planned to be bridesmaids for the three Zastera sisters, the three Polivka sisters instead became pall bearers at their friends' funerals. Josephine Polivka later married William Engenhart, who survived the Eastland Disaster but tragically lost his brother Harry Engenhart.