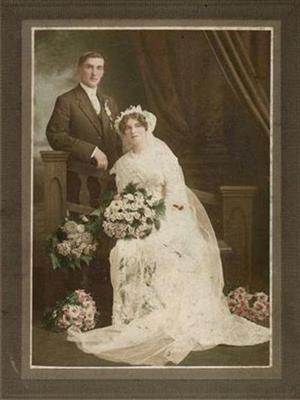 "THE 844": THE SCHULTZES FOUND STILL HOLDING EACH OTHER

John Schultz was a streetcar conductor for the Chicago Surface Lines, the predecessor to today’s Chicago Transit Authority. John looked forward to spending his day off with his wife Verna and 17-month-old son Edziu (Edward). They were guests of his brother Joseph Schultz, who was a supervisor at the Western Electric Company.

The Schultzes were one of 22 families completely wiped out by the disaster. The tragedy also devastated Joseph’s family. Sabina Schultz, the pregnant 21-year-old wife of Joseph and mother of Julia (2) and Stasiu (Stanley, 1) also perished.

Since the fall of 2014, EDHS has honored the lives of those amongst the 844 victims every Wednesday. While today concludes the final edition of "The 844," EDHS remains steadfast in its mission and efforts to preserve the legacies of The 844 and the thousands of others involved in the Eastland Disaster.