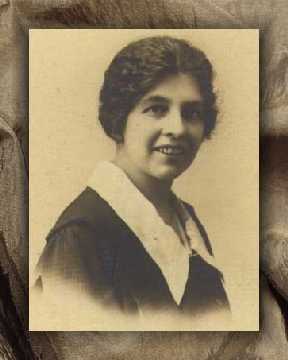 ...found her at a place where survivors were being taken...

Mary Louise Christiany was born on September 3, 1889, in the Brighton Park area of Chicago, Illinois. She was a twenty-five-year-old employee of Western Electric.

Mary, with her best friend, Rose Skohan, went on board the Eastland and were on an upper deck as the time arrived for departure. When the ropes that held the ship to the dock were released, the ship turned on its side and the two of them found themselves standing on the framework of a door. Mary threw a life jacket down to a girl in the water. Wooden packing boxes being thrown into the river from the Franklin McVeigh Packing Company, located along the Chicago River at LaSalle Street. Mary's brother, John Christiany, who was only sixteen years old and a driver for a railway express agency, was working in downtown Chicago. When he heard of the disaster, he went hunting for Mary and found her at a place where survivors were being taken.

Back home in the Elsdon area on the southwest side, there was only one telephone on the block and the radio was uncommon, so Mary's family knew nothing of the tragic event until evening.

Mary carried the memory of her experience that fateful day all of her life. Care needed to be taken in going around corners in cars when Mary was a passenger. If care was not taken, Mary would experience the same feeling all over again of how she felt when the Eastland turned on its side. Mary's request, which was fulfilled when she died on April 20, 1977, was that her obituary notice would include that she had been a survivor of the Eastland Disaster.