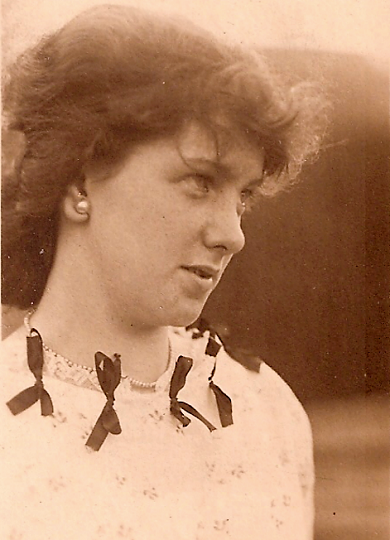 ...had been helping with the household's finances...

Florence Drury, age 17, was the eldest daughter of John and Delia Drury. Florence was on a date, and had boarded the Eastland. When it started to drizzle outside, Florence went down below deck and her date went to find chairs on deck for them. When the boat capsized, Florence was trapped below and her date was thrown overboard. John and Delia Drury and their 8 month daughter, Lenore, were supposed to meet their daughter, Florence, on the Eastland but were running late and got caught by a drawn bridge. They were standing on the other side of the Chicago River when the boat capsized. Florence's father John later identified the body of his teenage daughter Florence. She was survived by her sisters Mabel (Phelan) and Lenore (Ryan), and her brothers Vincent, Francis, John, William, Charles, and Marcellus. Her funeral was from her family's residence on 22nd Place in Cicero to Mary Queen of Heaven church.

Florence had just graduated Morton High School and was newly employed at Western Electric, earning $10 per week. She had been helping with the household's finances of her large family, giving her parents $8 per week from her salary. Florence was buried at Mount Carmel Cemetery with her brothers, Leo and Gerald, and her sister, Margaret.