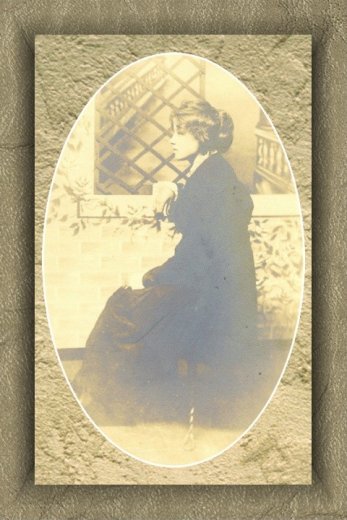 Bessie Dvorak worked at Sears, Roebuck & Co. and begged and begged her parents, Thomas and Anna Dvorak, to let her attend the picnic. At first her parents refused to let her go, but Bessie convinced them that she would be all right. Bessie's dog howled as soon as Bessie left her home the morning of the picnic. Bessie attended the excursion and picnic with her fiancé (name unknown), who worked at the Hawthorne Works, and her girl friend, Katerina Ivanecky.

When Bessie's parents received word of the Eastland capsizing, they took their other daughter, Caroline, and went downtown to search for Bessie. They hoped and believed that maybe, just maybe, Bessie had survived and was in a hospital or somewhere else receiving medical attention. Their belief that their oldest daughter was all right stemmed from the fact that Bessie was an ace swimmer, and if anyone could get to shore safely, it would have been Bessie.

But the Dvorak's worst fears were realized as they found Bessie at the morgue, a scene that would always be unforgettable in their minds: Bessie's skin was shredded from the nails of people who had been grabbing onto her in their attempts to save themselves. Bessie had been dragged underwater to her death. She perished together with her girlfriend, Katerina.

The photo above of Bessie is found inside the memoriam for the Eastland victims.