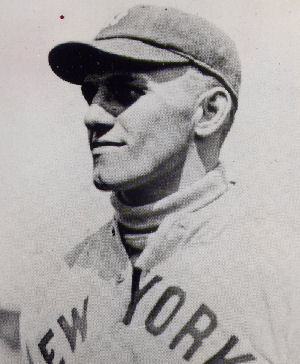 George Halas was 20 years old in 1915 and worked at the Western Electric Hawthorne Works as a summer hire. He played on the company sports teams and had planned to attend the picnic that morning. He was to meet his best friend Ralph Brizzolara and Ralph's brother Charles. Whereas Ralph and Charles both boarded and survived, George was running late and missed being aboard the Eastland – a fortunate bit of fate that guaranteed the future of the Chicago Bears and the National Football League.

George's name appeared on the lists of missing/dead that were published by the local newspapers. At the time, his name would have blended right in with the hundreds of other ordinary, hard-working immigrant laborers from Europe who were celebrating a day off of work to attend the excursion and picnic.

One of George's grandsons, Patrick McCaskey, describes his grandfather’s story in a video clip from the Chicago Bears Network.