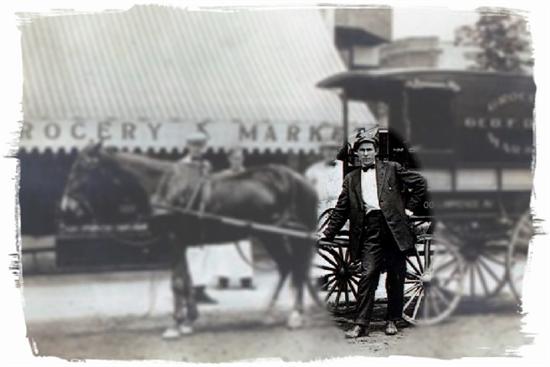 The morning of July 24, 1915, was not a very pleasant one for Erich Krueger. He and his wife, Clara, had a terrible argument over whether or not she should go on the Eastland with him that morning. She really wanted to go, but Erich said that he would be too busy working -- he was a piano player for the band that day. So, Clara stayed home.

Erich, who was down below when the Eastland rolled over, perished. He was 22 years old and had been married to Clara for only nine months. When Erich's brother-in-law, George Dicke, received news of the capsizing, he went down to the river to look for Erich.

Just a few days later, Erich was laid out for his funeral at his parents' home. That day, a very large group of fellow musicians played "Nearer My God To Thee" outside the house to say goodbye.

Not only was Clara grief-stricken, but she also felt terribly guilty about their argument. It took her many years to recover. Even after remarrying, Clara and her second husband remained close to everyone in Erich's family.

Erich was not the only member of his family who was downtown that morning. His sister, Ella, and her friend went down to the wharf and tried to board the Eastland. They waited in line but never got on.