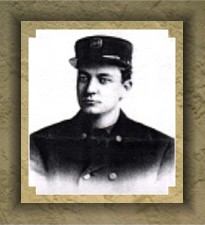 ...found two women and a baby locked in a death grip...

Joe Kuhlman, son of Mr. & Mrs. John Kuhlman of 1141 Chestnut Street, is a Quincy, Illinois, boy who was in the thick of the rescue work on the day of the Eastland Disaster. He was a Chicago fireman and was off duty for the day. He wrote a most interesting letter home, telling of some of the scenes.

He heard two men discussing a boat capsizing when he was near the Clark Street Bridge and hurried to the scene, arriving there about 30 minutes after the Disaster. He immediately set to work with the crew of Section 9 and helped in the rescue work. The men of his crew pulled up over 70 bodies from the place, mostly women and children.

"You can't imagine the full horror of it," he wrote. "I have never read nor seen such a sight. More than half of that huge crowd of merrymakers had no chance for life. In our rescue work we used pike poles with which we would fish for bodies and then tie a rope around the body and have it pulled up. The victims were hurried out this way and rushed to the street and the pullmotor. All the streets, wharves and commission houses were hospitals or morgues that day.

"I was using a fifteen foot pike pole and at one time knew I had a body hooked but couldn't lift it. I signalled for help and was let down with a rope around my waist. There I found two women and a baby locked in a death grip. At one time I found a baby under a camp chair, its face turned upward and still breathing.