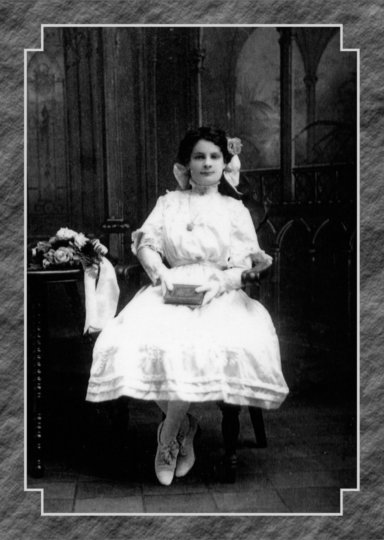 Martha Lena Ostrowske was born on November 25, 1896, four years after her parents immigrated to Chicago from East Prussia, Germany. She worked at the Leffer candy factory and decided to go on the picnic with her friend, who was a Western Electric employee. Martha and her girlfriend left early that morning, and never returned.

After Martha's family heard about the Disaster, her sister and brother-in-law went downtown to find her. One eyewitness said they had seen her alive in the river holding onto something, but as time went by they could not find her. They finally went down to the Second Regiment Armory where they did find Martha among the dead. Both Martha and her friend had drowned.

Martha's family rarely spoke of the Disaster. Martha's mother Maria, died six years later -- the family says of a broken heart over the death of her young daughter.

Martha is buried in Bethania Cemetery in Justice, Illinois.