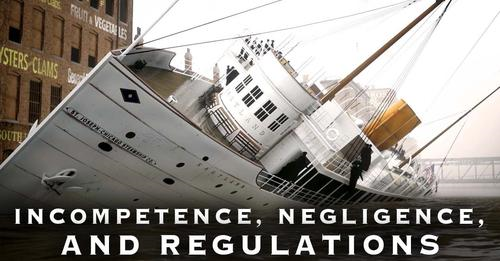 Tom's documentary not only shares the story of the Eastland Disaster, it also includes the history of the SS Eastland before and after the tragedy. The realistic animation from Alex Moeller that is included in the documentary brings to life the Eastland - for the first time ever - in full color while showing the steamship's early configurations as it plys across Lake Michigan and Lake Erie in the years preceding the tragedy.

Early feedback from viewers highlights the impact of this new production.

"You covered the story so well, not just focusing on the disaster but the historical events of the vessel, which ultimately led to her demise and tremendous loss of life. Classroom ready!"

"What an amazing video, animations, story, and dialogue."

"Thank you for being so thorough and breaking down exactly what happened."

Click on The Full Story of the Eastland Disaster (1915) to watch the documentary now.