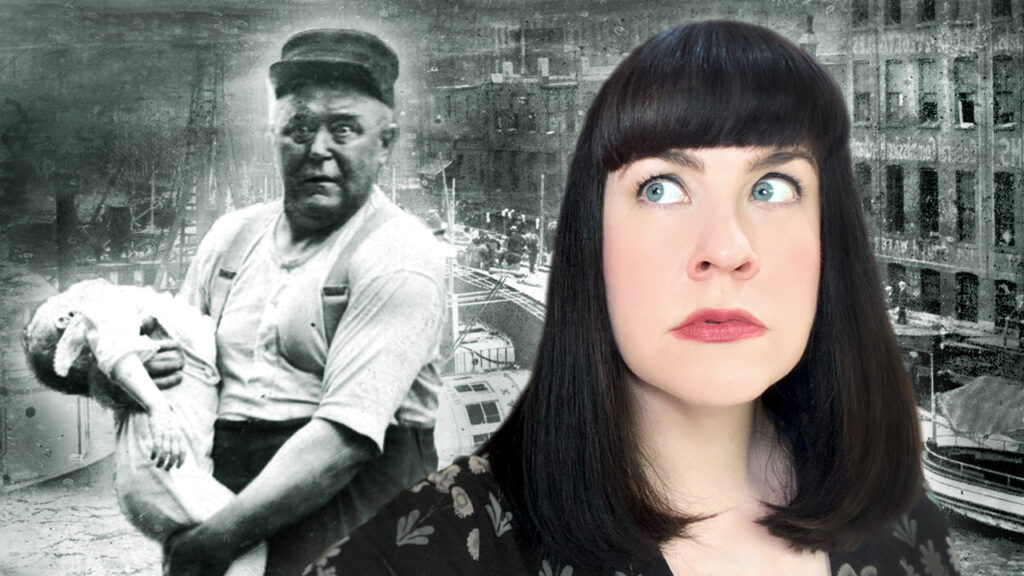 Chicago, Illinois -- The Eastland Disaster Historical Society (EDHS) is pleased to announce that a new 45-minute documentary has premiered on YouTube. The Forgotten Disaster of the SS Eastland was produced and released as part of the Ask A Mortician YouTube channel. Caitlin Doughty narrates and tells the story of the Eastland Disaster, introducing the story of the tragedy to a large and new audience including the nearly 1.9 million subscribers to her YouTube channel.

The documentary was produced to share the story of the Eastland Disaster to educate and to raise awareness, and it does so in a respectful and very moving way. This is confirmed by the early feedback from viewers.

"Caitlin brings us another historical tragedy that most us hadn't heard of, with compassion and skill that transcends the reality of mass deaths. On location again she humanizes the victims and makes them more than statistics that delivers empathy and intimacy. Much knowledge and research is employed."

"I'm from Chicago, and this is EXACTLY the way that this story deserves to be covered. You are a fantastic presenter and you bring a lot of history, compassion and weight to a story that could be reduced to numbers or made into a farce in the hands of another narrator."

"Your empathy is impressive. Beyond the tragedy of so many deaths is the surprise of learning that the company employing them stepped up financially - without being coerced in some way."

Louise Hung, Producer/Writer said: "I hope we lift up the souls of those impacted by the Eastland Disaster. It's an honor to tell their story. I hope more people will be inspired to carry on the memory of the tragedy."

Click on The Forgotten Disaster of the SS Eastland to watch the documentary now.