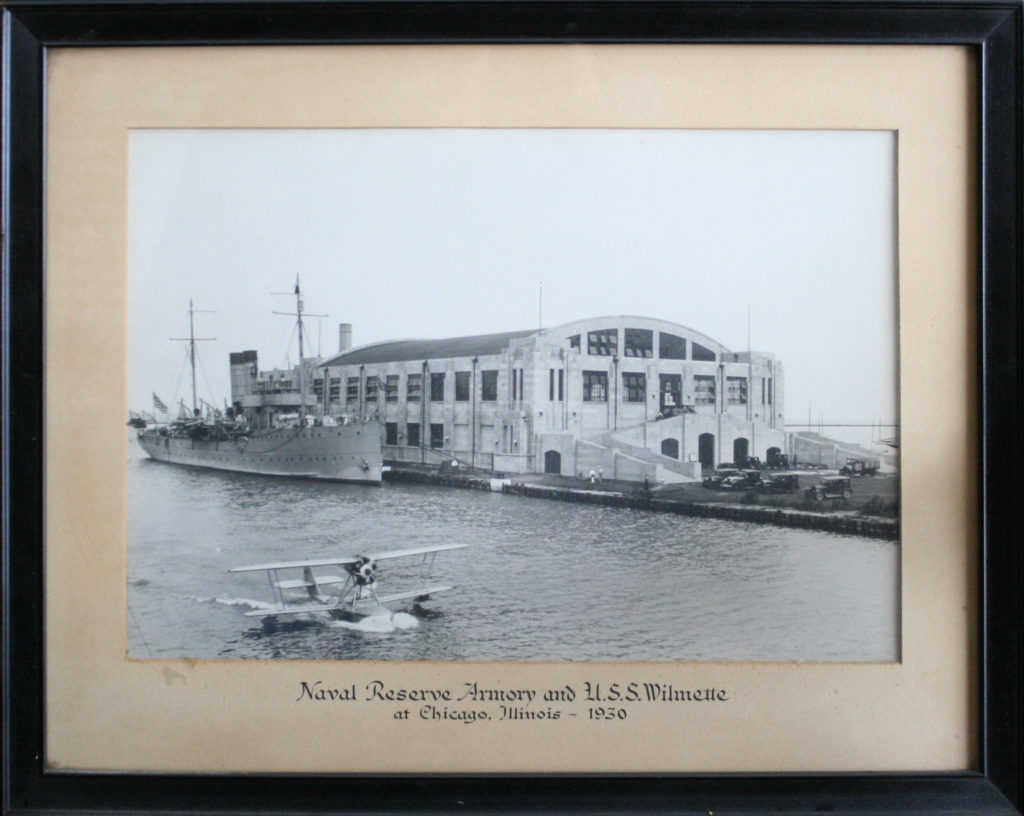 Chicago, Illinois -- EDHS recently received two photograph donations from two families that will help us preserve the legacies and share the stories of all involved in Chicago's greatest loss-of-life tragedy, the Eastland Disaster.

On January 11, 2016, we received the above photograph of the U.S.S. Wilmette (formerly the S.S. Eastland), which was generously donated by Dick and Jan Merki of Capron, IL. The photo was taken at the Naval Reserve Armory, which was located at Randolph Street and the Lake Michigan lakefront.

The Armory was built in 1930, shortly after the stock market crash and at the beginning of the Great Depression. At that time, the Western Electric Company's Hawthorne Works employed approximately 28,000 people. In order to provide more jobs to more people, the Hawthorne Works announced that it was cutting the work week from 50.5 hours to 44.5 hours, and in some cases to 40 hours.

Dick (who is a retired Naval officer) and Jan also graciously donated a second photo taken along the Chicago lakefront which does not have a connection to the Eastland Disaster.

EDHS also received the above photo donation on November 15, 2015 from Jim Kotleba of West Dundee, IL (Jim's grandmother, Ana Flasak Klein missed boarding the Eastland). The photograph is of the Western Electric Company Hawthorne Works' department 3300, which was the Paper Insulating & Twisting department.

We believe this photo was taken at one of the previous four annual picnics, quite possibly the 4th annual in 1914. Note the apparent picnickers (background, right) possibly making their way to the picnic at Washington Park in Michigan City, Indiana.

The photo also makes it evident how the women aboard the Eastland would have struggled with their long dresses and other articles of clothing weighing them down. We also found the interesting violation of American flag etiquette (allowing the flag to touch the ground) to be noteworthy.

Our sincerest gratitude to Dick and Jan Merki and Jim Kotleba for entrusting their generous donations to the Eastland Disaster Historical Society.