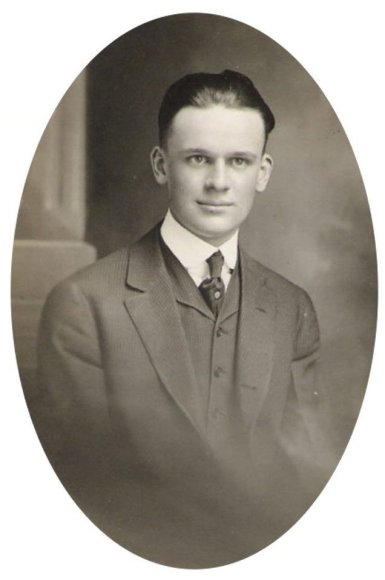 Charles Bender worked for his family at the grocery store they owned which was located very close to the Western Electric Hawthorne plant in Cicero. On the morning of Saturday, July 24, Charles was to take the steamer Eastland across Lake Michigan to Michigan City, Indiana. From there he was to hop the train to Shallowboy, Michigan to visit for the weekend with his girlfriend, Pauline Olach.

Charles boarded the Eastland, but never made it to Michigan City or to Shallowboy. He perished when the ship rolled into the Chicago River. Charles' body was found under a piano on the ship.

Charles' parents felt Pauline Olach was responsible for the loss of their son, and they did not speak to her after his death.