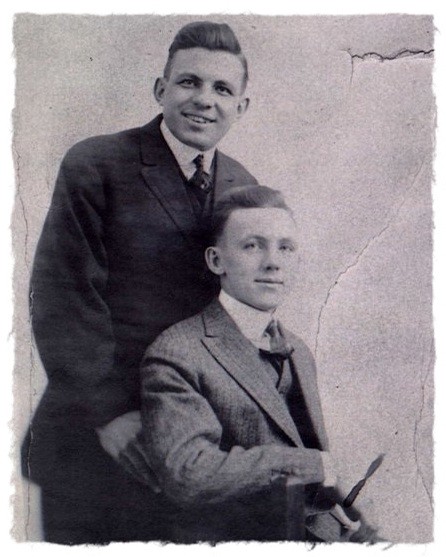 George (pictured left) and his younger brother, Walter (right), were on board the Eastland when it rolled into the Chicago River. Both brothers survived.

However, one of George's best friends, Frederick Biehl, perished, leaving an 18-year-old widow, Emily. Emily did not join her husband for the excursion and picnic because she did not like the idea.

A year after the tragedy, George married his good friend's widow, Emily. Together they raised a family of three daughters.