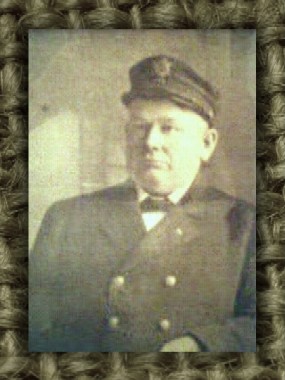 Captain Charles Carland was the captain of the Evanston U. S. Coast Guard Station. The captain and his crew saved 84 lives and recovered 500 bodies from the Chicago River on the morning of July 24, 1915.

A few days after the Eastland Disaster, Captain Carland received a package from the Cook County Coroner containing a letter of thanks and a silver star. The silver star was engraved with the S. S. Eastland saying, "For valued services rendered to the coroner. Eastland disaster, 1915."

It was written later about the captain: "A human life has been held by the courts to be worth $5,000.  If Capt. Charles Carland, of the Evanston U. S. Coast Guard Station, had been paid this amount for each life he has saved or helped to save in his 30 years of service he would now be worth $25,000,000, for he has been instrumental in the preservation of some 5,000 lives."