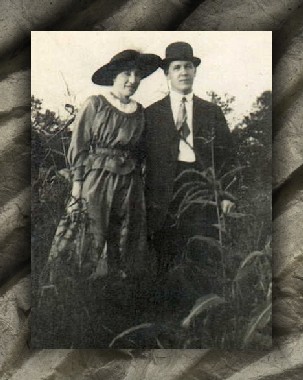 Ted Lawson began working for Western Electric in Brooklyn, New York, and was later transferred to the Hawthorne Works facility in Cicero, Illinois. He was engaged to be married to Mary Klemp, who also worked for Western Electric. They both woke up very early the morning of the picnic, as Ted was anxious to ride aboard the Eastland. Once on board, they noticed the ship shift from side to side, but they were reassured by the crew that this was not unusual for the ship.

When the Eastland rolled into the river, Ted and Mary were both thrown into the water. They clung for life to deck chairs -- neither being able to swim -- and were in the water for several hours before being rescued. Taken later to some nearby shops, Ted and Mary were given blankets to dry themselves and keep themselves warm. They quickly took a train home to let their families know that they were okay.

Ted and Mary were married two months later on September 29, 1915.