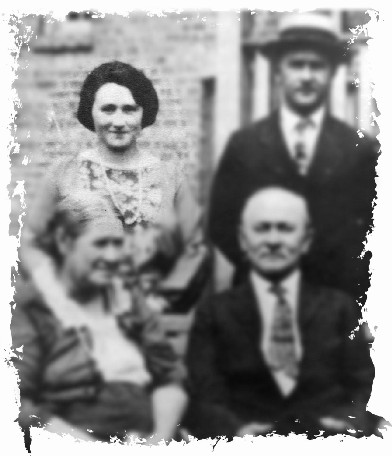 ...decided to take the second boat...

Elizabeth Mueller and Sophie Heine planned to take their fiancees, twin brothers Charles and William (Bill) Zitt, to the Western Electric employee picnic and excursion. They all were going to take the first boat, the Eastland, but since Charles had planned to play baseball, his fiancee Elizabeth decided instead to take the second boat.

The morning of the picnic, Bill and Sophie were running late and missed boarding the Eastland. Charles boarded and minutes later perished on the Eastland.

After losing Charles to the Eastland Disaster, Elizabeth never married. Elizabeth did remain close to the Zitt family, however. She was the maid of honor at Edna Zitt's wedding (Edna was the sister of Charles and Bill) and Edna was the godmother to one of Elizabeth's nieces.

Bill and Sophie later married and had one child.