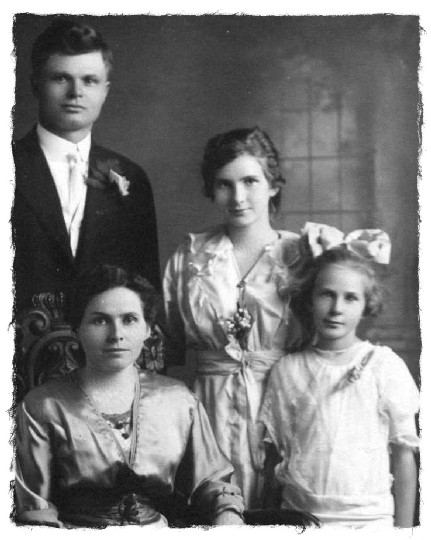 ...his sister did not like the feel of the ship...

Growing up as a young girl, Borghild Amelia Aanstad was taught to swim by her childhood pal, Ernie Carlson. Years later as a teenager and just five days shy of her 14th birthday, Borghild was on board the Eastland attending the Western Electric employee picnic with her mother, sister, and uncle Olaf, a Western Electric employee. For this festive occasion, Borghild wore her pretty new Easter dress with her wide-brimmed straw hat. As Borghild and her family boarded the Eastland, her mother remarked that "she did not like the feel of the ship." Originally from Norway and having previous experience with many different boats, her mother had an understanding of boats and their stability in the water.

Borghild and her family were on the starboard side of the Eastland when it rolled over into the Chicago River. They were thrown into the water, but were in a compartment where there was air. They could see the sky above them through the portholes. After her uncle ensured that she was safe, Borghild was able to keep herself afloat until being rescued from the water several hours later.

Borghild later married and had a family, before being widowed in 1967. Years later, Borghild met up with the childhood friend who had taught her to swim, Ernie Carlson. Borghild and Ernie then married in 1979. Borghild always gave Ernie credit for helping to save her life by teaching her to swim as a youth.