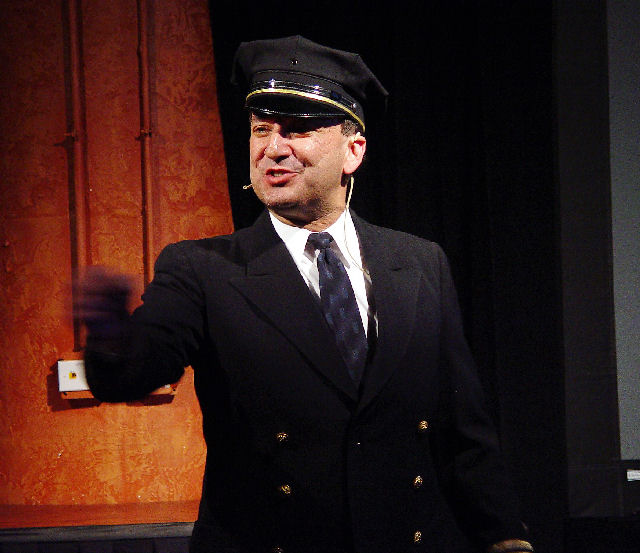 Chicago, Illinois -- It is with a heavy heart that we are announcing the loss of Bob Leff, a dear friend and EDHS advocate and volunteer. Bob, who was married and had three children, passed away this past Tuesday, April 4, 2017.

Bob did not have a personal family connection to the Eastland Disaster, as so many of you do, but he still embraced EDHS. He never hesitated whenever we reached out to him for his volunteer assistance. Perhaps you may not recognize the name Bob Leff, but maybe you were blessed to have watched him portray Captain Harry Pedersen in The Chicago Trial That Never Was: The Eastland Disaster Criminal Retrial on June 18, 2015.

Bob also willingly donned the officer's suit and portrayed Captain Harry Pedersen in two previous performances with EDHS, one in 2003 and the other in 2004.