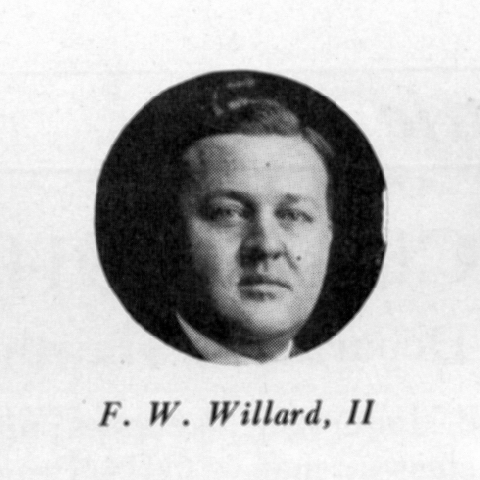 "SURVIVOR STORY": THEY SAVED OTHERS WHILE SAVING THEMSELVES

Chicago, Illinois -- F. W. Willard and Howard Wynn were two individuals who became heroes on July 24, 1915, when they saved numerous people from an early death.

F. W. Willard worked as a technical superintendent at Western Electric Company’s Cable Works Department. He was one of the company’s officials when the Eastland turned over in the Chicago River. He helped save several individuals by throwing a lifeline to those struggling for life in the dirty river.

Howard Wynn was another Western Electric Company employee who survived the Eastland Disaster. Wynn, like Willard, helped save numerous people from their deaths. He recounted his experience in a letter to siblings, including his brother John Wynn, written on July 28, 1915. He wrote,

I pulled one old fellow out on [a] two by four, that was at least 2 feet under water, hanging onto an arm chair which refused to sink, and so he was floating along about two feet under water. I got him to the raft and pumped some air into him then hoisted him on deck the Petoskey and when I got up there he was sitting on the cabin floor with his arms around his daughter whom we had also pulled out, crying and asking for two sisters and mother who were missing.

To read the rest of Howard’s account, including his help with distributing relief funds to the families of victims and the funeral processions, please see his letter published in the South Haven Tribune on July 28, 1915.