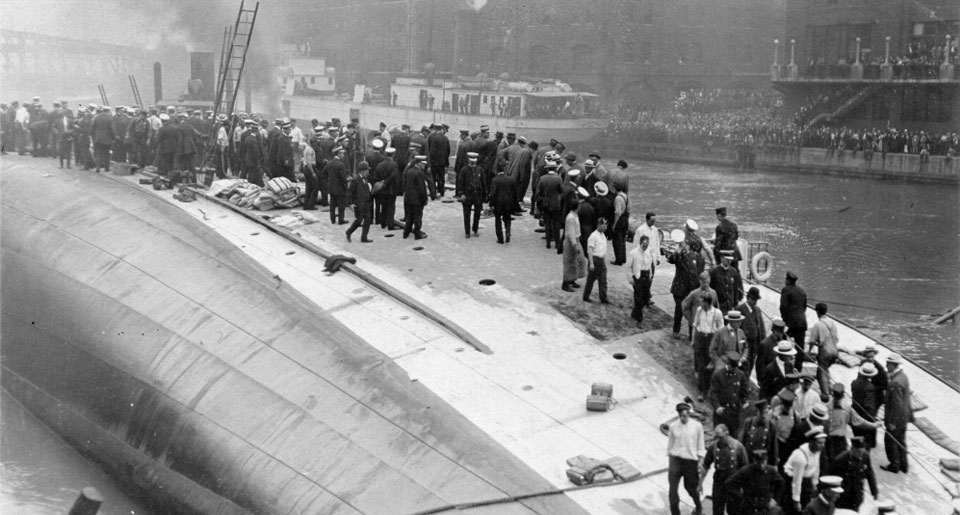 “THAT SILENTLY SAD PROCESSION OF POLICEMEN AND FIREMEN AND OTHERS BEARING IN FOURS, each a body on a dripping stretcher – mute evidence of the terrible toll of the waters. Solemnly, the stretcher bearers walked down the hull of the steamer onto the dock with their inanimate burdens of humanity that a brief half hour or hour before had scurried laughing to the death craft.” -- Harlan Babcock

Personnel from the Chicago Fire Department, in their dark, double-breasted shirts and dark caps, were immediately dispatched to the scene to coordinate the rescue efforts. Other off-duty fire personnel heard the news of the Disaster and arrived quickly as well. A CFD fire boat, the Graeme Stewart, arrived on the scene within minutes of the capsizing of the Eastland. Their quick and systematic response was crucial to saving many lives on that tragic morning.

These men also worked heroically for hours, even days, laboring tirelessly removing and transporting bodies of the fallen. Fire Lieutenant James Rowley tied a lifeline around his waist and went through a porthole to assist several people trapped in a lower deck.

Sadly, the firemen were also impacted by those who succumbed to the tragedy. A Pipeman from Auxiliary Squad Company No. 1 pulled a woman from the water by her long blonde hair; he was so troubled by the experience that he rarely spoke of it after the Disaster. 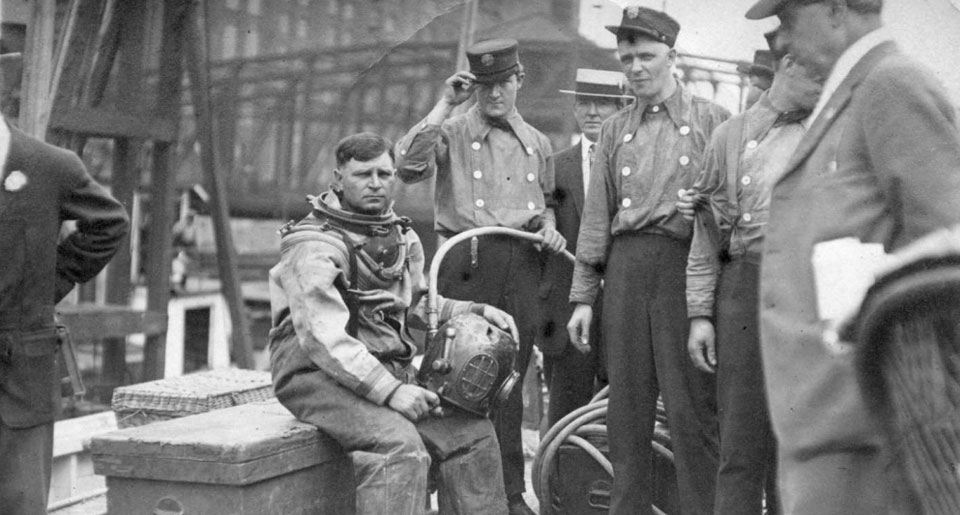 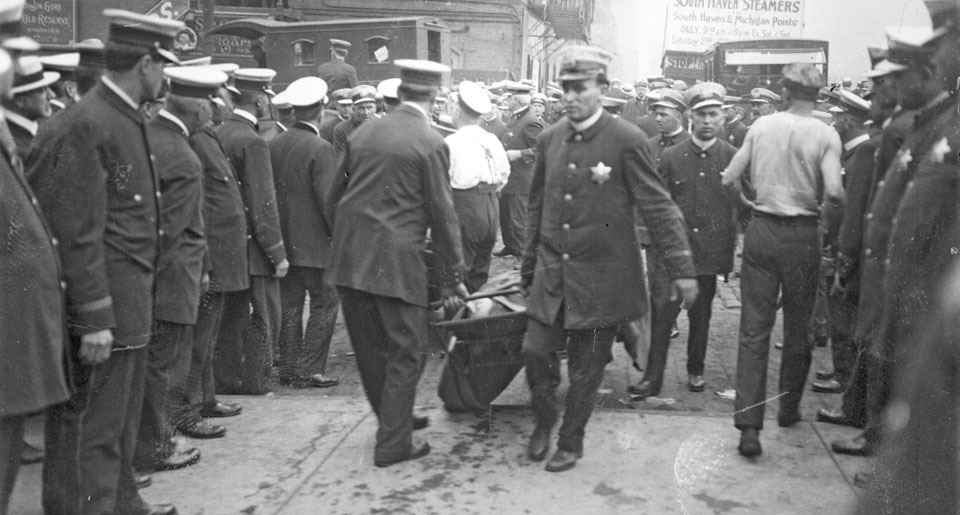