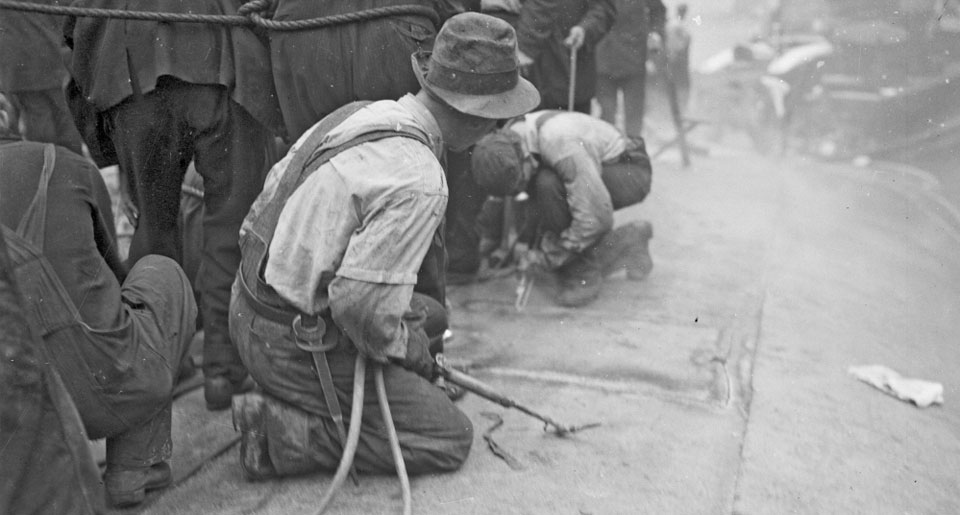 “A MAN LAID DOWN ON THE SIDE [OF THE HULL] UP THERE and reached down and grabbed my hands and hiked me up. Looking down, all I could see was hair and hands and feet and picnic baskets and children crying. I thought I was gonna get torn back down, people were just grabbing and holding and trying to get out.” -- Marie Linhart

Those stuck inside the hull of the overturned Eastland were trapped in fear. Suffering and death surrounded them as they heard passengers fighting for their lives. They then heard a sound of hope: tramping feet up on the hull.

Several welders working at nearby shops and job sites rushed to the scene with their oxyacetylene torches and cut holes in the Eastland's hull. The trapped tried to remain calm as hot steel rained down upon them.

As the welders frantically worked to reach struggling passengers, they were met with resistance from Eastland Captain Harry Pedersen. Captain Pedersen had objected to the work being performed by the welders and ordered them to stop cutting holes in the hull, as they were “ruining his ship.” Those observing this spectacle called for the captain to be lynched or drowned. Police, however, arrested Pedersen and took him into custody, a move that likely saved him from the mob’s intended actions.

One welder, Elmer Nelson, recalled: "He [the captain] told me to stop. I did stop for a minute, but the police arrested him and I went back to work again. From the hole I helped to make in the hull, we pulled three persons to safety.”

Dozens of passengers were liberated once the holes had been cut through the metal of the ship, thanks to the heroic efforts of these volunteer welders. 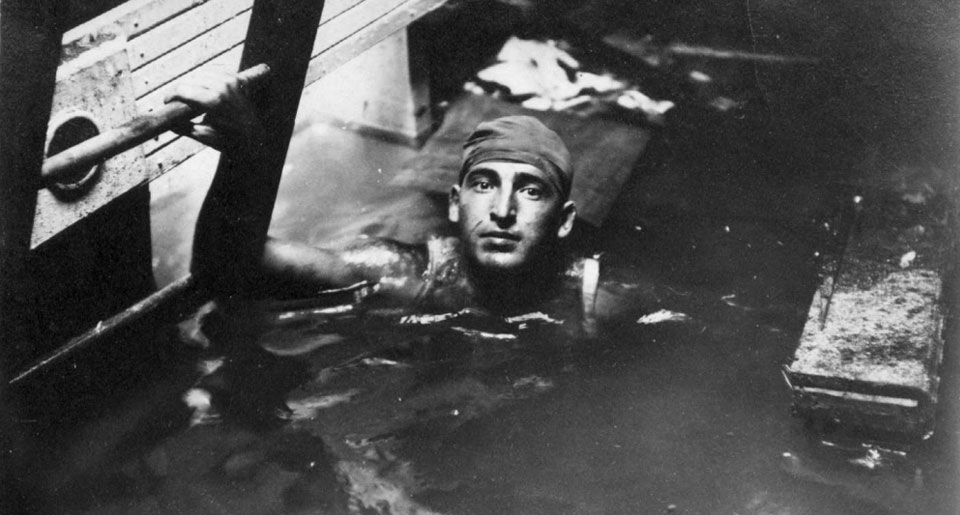 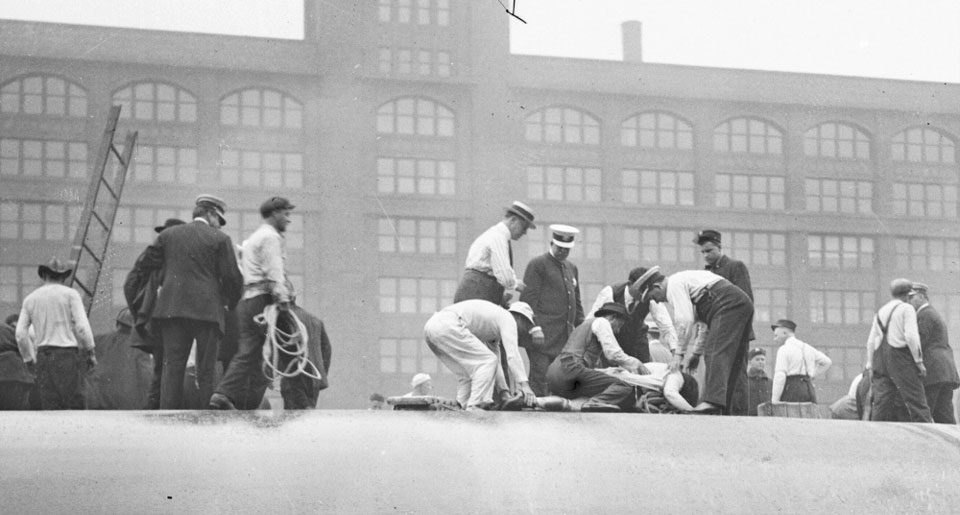